The game has been played and won by the Aussies.  The Black Caps caught Australia on a day when they lifted their game to the highest level – they had no answer for the Aussie bowling attack.  Both sides wanted to win – desperately,  one fell short while the other didn’t.  Both Captains praised the opposing team for their play during the six-week tournament and both were extremely proud of their own ‘boys’.

I refuse to get caught up in the sledging/send off  furore (that is raging on social media & to a lesser extent in mainstream media)  other than to say, there are different sporting cultures in these two neighbouring nations.  Each culture suits the nation that has embraced it.  Neither will be convinced by the other’s stance, as each feels strongly, that their way is the better way to win!  Sometimes the Aussie way looks ugly and sometimes the Kiwi way looks weak, to the other nation across the ditch.  Sometimes it is ugly and sometimes it is weak!

Michael Clarke was not my favourite cricketer before this year.  I feel differently about him these days.  How wrong of me to judge his character from media snippets and huge assumptions on my part?  With the burden of the death of his “little brother” Phillip Hughes and the constant threat of career ending injury, he captained his country to a World Cup Final win.  He did it with his bat and his captaincy – in aggressive field setting & clever use of his bowlers.  And all the while, he did it with a black arm band with the initials PH written on it.  By carrying Phillip Hughes on his arm and in his heart, he reassured nervous parents that cricket is a great game to play and friendships made on the field can and do stay with you forever.  I remember my Dad, who passed away over 8 years ago, saying what a wonderful young cricketer Michael Clarke was and would be.  And that he would make a great Australian Captain!  He was right, my Dad!  After the year he has endured, Michael Clarke deserved to retire from One Day cricket with a great win and a great celebration!

I hope the cousin banter across the ditch by text was not too savage.  I suspect it may have been!  But I’m sure it was expected and accepted, as it had been on that fateful day at Eden Park just over a month ago.

Lastly, yes, Shane Warne proved himself to be a dinosaur.  His interviews were embarrassing and inappropriate ….. but I did call it before the game! 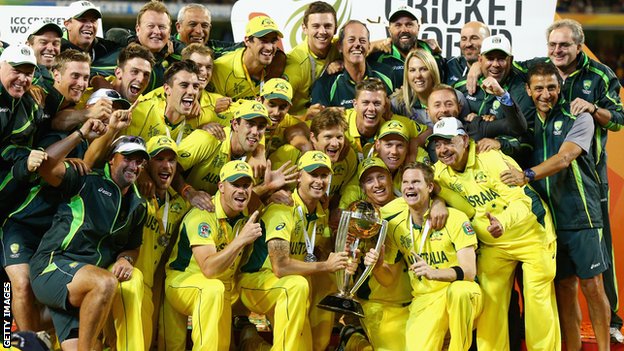 The day that we all hoped for has arrived.  Australia (Aussie) plays New Zealand (the Black Caps) in the World Cup of Cricket, in the final!  It’s the match that all the Aussies have been waiting for since that fateful day earlier in the tournament at Eden Park.  Because this time the match will be played at that Australian cauldron – the mighty MCG!

And then there is the X Factor in each team.  The non – playing 12th men for each team.

For the Aussies, the memory of a long hard season that began with the tragic death, on the cricket field, of their much-loved mate Phillip Hughes.  They will want to complete this season with a win for their country, themselves and their little mate.

For the Black Caps, the very public battle of the former New Zealand captain, Martin Crowe, who has been mentor to so many of the batsmen in the team. His column written for espncricinfo was nothing short of gut wrenchingly beautiful.  They will want to win for their country, themselves and their great mentor.

So, I have to make a decision on which side of the family fence I will settle on!  That is a very complicated thing to do for the following reasons.

I could go on and on forever but I have decided to go for my home for 30+ years and support Australia!

I will not be sad if the Black Caps win.  The two best sides are playing attacking, aggressive cricket which is a delight to watch.  It will hopefully be competitive right down to the last over.  I hope it is so close that my mother, brother-in-law & brother all need to walk away from their TV’s at some point because they can’t bear to watch.

There is only one thing that could destroy it for me and that is Shane Warne’s commentary.  Let it go, Warnie!  Let it go!

Well, the game was played and won by the Kiwi’s …… just!

The cousins are still talking to each other ……. just!  Gracious winning, it seems, just doesn’t run in some parts of the family – no matter which side of the ditch you live on!  Rightly so I say!!

It was close – really close! And it will all happen again at some time in the semi finals or maybe even the final!  It will most likely be played in Australia for the next meeting, where 90,000 screaming supporters will well and truly match the 40,000 that showed up in New Zealand for the last match!  Then we will really know who the best is! 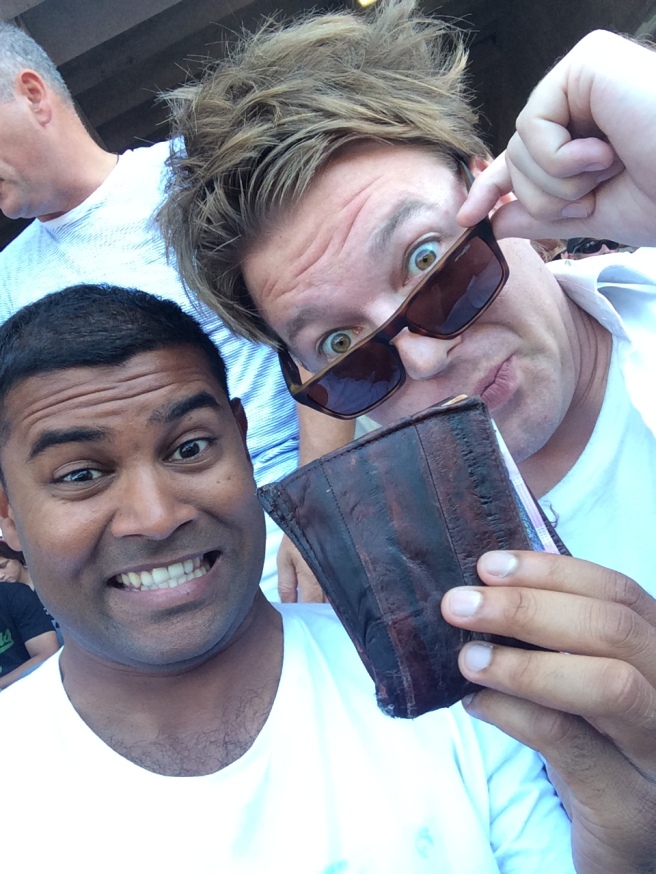 Then there is the Kiwi / Indian brother from another mother, who is hoping for something quite different.

p.s. Sorry for the late follow up report but I have found writing more difficult when not in my own, quiet space.  Back home now, so be prepared for more regular Mandy Diaries!

Wandering my way through life using words. Previously, speaking – sometimes shouting – those words, as a teacher, mother, pastors wife, daughter and friend. Now, trying my hand at writing those words as a blogger and an over sharer on Social Media. Using my powers for good. Family and friends. Connection and community. I care. I write. I share.

It’s that kinda Sunday. Overcast, cool & breezy. #lazysunday #catssleepanywhere #lovemyfev #mainecoon #catsofinstagram #mainecoonsofinstagram
Week 2 after knee replacement looks like: Pic 1 - 50 staples Pic 2 - 50 staples removed Rehab exercises are painful but necessary. Crutches and no driving for another 4 weeks. If you fancy coming to visit, please do - I’ll be happy for the distraction. Just text me or call me on my mobile before you come.
Winners at the 2019 Matilda Awards tonight! Celebrating achievements of the Brisbane theatre industry. Awesome news! Proud Mama!
Thanks to everyone for your lovely birthday messages yesterday. It was indeed a special treat to have my sister Jan, with me for the second year in a row. My recovery from my knee replacement surgery is progressing as expected! 61 looks like ..